In the House of Diamonds 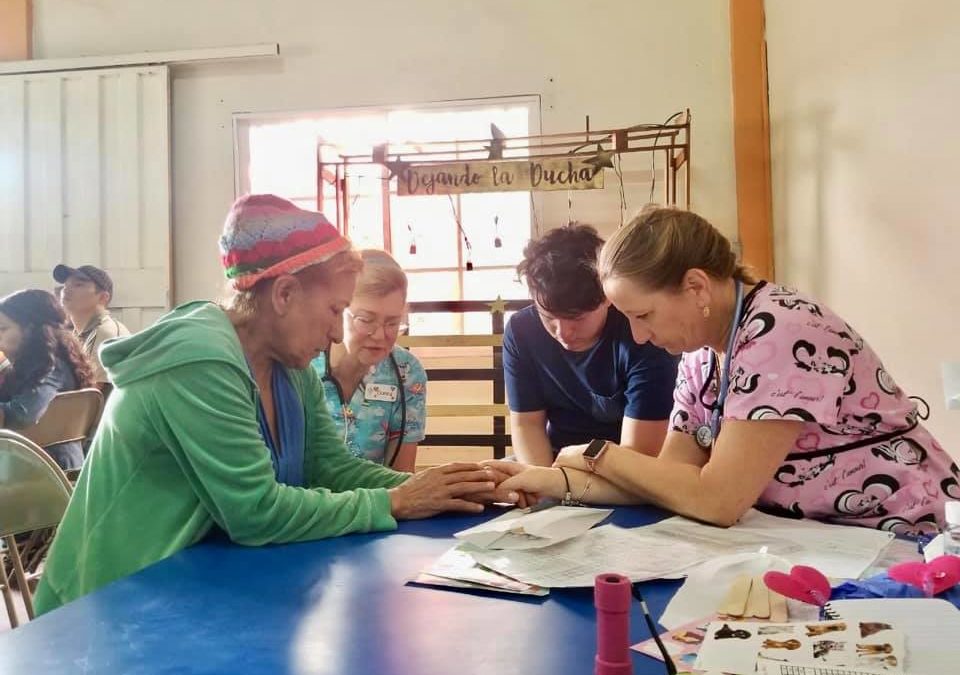 Today the Luke 9:2 Ministries Spiritual and Medical Mission went to serve at Iglesia Casa De Diamantes (House of Diamonds Church). Despite the name, the difficult lives of the people from this area stem from the fact that they live around a huge garbage dump. They make their living salvaging what they can, and given that reality, they do well.

The people we met were grateful for the spiritual and medical help we were offering. The best proof was that 422 people were seen by the team around a church that generally has a congregation of 60. This means that God used us today to spread His Love to 362 people who were reaching out for that blessing.

The pastors spoke to those attending and had a service, where two people came to the Lord. Just two? No, that’s two people who made their confession of faith and are saved forever. And how many other of the hundreds who attended had their hearts opened to the Love of the Lord as reflected by a willing group of yearly missionaries from the US? Where will His Love take them?

And now, the day’s Medical story, by the numbers:
* The Mission Team saw 422 patients
* The Dental Team serviced 53 patients by removing 67 teeth causing pain
* Today saw 37 injections by the Medical Team, mostly for pain in shoulders & knees
* The Vision Team helped 134 patients with their eyesight by diagnosing & supplying 70 readers, 2 glasses for distance, & 34 sunglasses
* And the Food Team organized & delivered bags of Rice, Beans, and Corn for 125 families

A side note from the Dental Team:
“We really need to consider how we can provide dental educational materials to young people. There was one teenager today who wanted still good front teeth pulled out so she could have a bridge built to make her smile “perfect.” And that’s not the first time we’ve had to explain we don’t do that and that it’s a bad idea.”
(Greg)

And a story of the intense need for medical care for the poor:
“A woman came to me for shots to relieve pain in her ankle. After looking at it and asking her questions, it became clear that it had been broken in the past and left to heal without any standard medical care; no pins and no cast. All because she had no money to buy that care.”
(Nurse Practitioner Todd)

Tomorrow is the last day of our Mission to Honduras to serve the poor. We’ll be in the nation’s capital, Tegucigalpa.